The Blurb: When a debt goes bad… someone’s looking to make a killing. Michael Field just lost his City job and his beautiful wife in one fell swoop. Unemployed and down on his luck, he’s propositioned by one-time friend, Herbert Long. The job is non-negotiable. It’s pay-back for a cover-up years ago. But something’s not right; it all seems too easy. And it’s not just the job that doesn’t add up. Part of him is flattered by the improbable advances of the beautiful young woman who calls herself Grace de Manton, but his inner realist is suspicious. What is her game? Could she be connected with Herb somehow? He can’t shake the feeling he’s being watched. Then there’s the threatening voice of a stranger down the phone… and that man lurking in the shadows. In this complex criminal web, Mickey doesn’t know who to protect and who to fear. But with even those closest to him seemingly involved, who can he trust? A hapless pawn in a bigger game that’s playing out between local crime lords, all he knows is whatever happens, he’s not going back into that bloody chamber…

Mickey’s wife has left him and he’s been fired from a good job as a city banker so he feels he has lost everything and doesn’t know how to move forward. Herb, a friend from his youth gets in touch and wants him to do a job for him. Herb has something over Mickey. With the void in his life, Mickey almost becomes an insecure teenager again as gets sucked into a world of crime.

This is a complex book and clever on many levels with a lot of twists and turns. I had no idea where it was going. The first person narrative works brilliantly as the reader follows the story through Mickey’s eyes and only knows as much as he does. Throughout the novel there are snippets from The Watcher’s perspective, which creates a dreadful sense of threat and foreboding as the implication from early on is that the watcher is capable of hideous crimes.

I liked the character of Mickey who is very upbeat and tells it like it is. Mickey’s real flaw is that he is too trusting and easily led by those around him and because of that he is quite vulnerable. 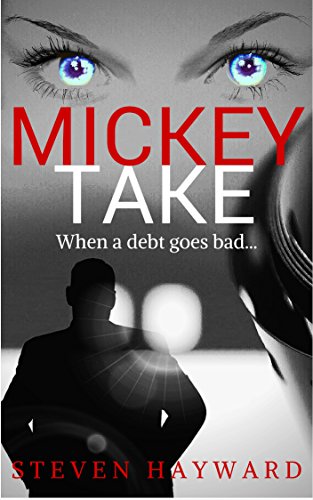